A variation of the sett recorded by W and A Smith – Authenticated Tartans of the Clans and Families in 1850, where they wrote: “Down till a very recent period, this pattern was generally worn by the Clergy in the Highlands for their weekday habiliments; and even now the secular mantle or plaid of the priesthood in the North is not unfrequently made of this, or similar kinds of stuff.”

Smith’s published work showed variations of colour depending on the edition or even the individual copy examined. It is well known that in earlier times the Highland clergy wore the Highland dress and carried arms. Many attempts were made to prevent them wearing tartan and to force them to wear conventional ministerial habit. These, however, had only limited success. The Clergy tartan is sometimes called ‘The Priest’s Sett’, but in the Highlands is known as ‘Breacan nan Cleirach’ – the tartan of the Clergy. There have been many known variations of the Clergy Tartan, as with many traditional Highland setts. 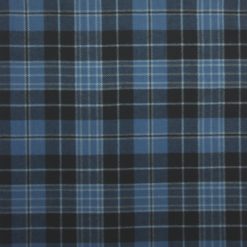 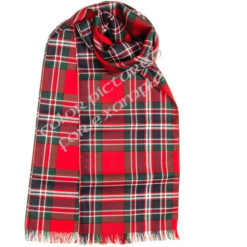