Sterling silver earrings inspired by the Winter Solstice, the moment of the year when the sun illuminates the ancient Newgrange tomb in Co. Meath, Ireland. The 18K gold center beads feature designs from the Ardagh Chalice, an Irish treasure from the 9th century.

Inspired by the Winter Solstice

Our Solstice Celtic Knot Earrings with 18k Gold Bead is inspired by the Winter Solstice. The Winter Solstice is a Celtic celebration of the shortest day, and longest night, of the year. It is thought to be a period of quiet energy. The designs of this Solstice Jewelry are intended to invoke the mystery and beauty of this beautiful moment of the year. (Matching large or small pendants are available).

The Winter Solstice is also a time to set goals and intentions for the coming year, examine and release your past and to make positive personal changes. It is a moment to take a chance and reflect on yourself, and focus on what you want to achieve.

Newgrange passage tomb is a UNESCO World Heritage Site, for one. It predates both the Pyramids of Giza in Egypt and Stonehenge in Britain.

The passage grave at Newgrange has stood for 5,000 years and is older even than the Great Pyramids. As the sun rises on the shortest day of the year, a ray of light breaks through a narrow slot at the entrance, illuminating the central chamber at the end of a sixty-foot-long tunnel.

What happens there every year is described as a miracle.

On the 21st of December 1967, Professor O’Kelly rediscovered the winter solstice phenomenon in Newgrange. It was the first winter solstice witnessed at Newgrange by anyone in over 5,000 years.

Hallmarked at the Dublin Assay Office in Dublin Castle. 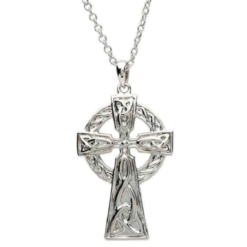 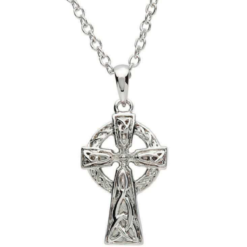 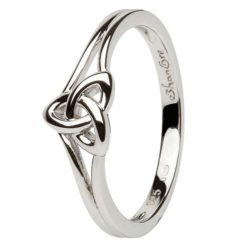 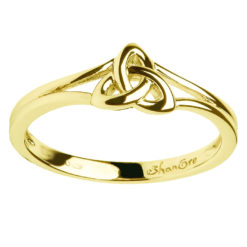 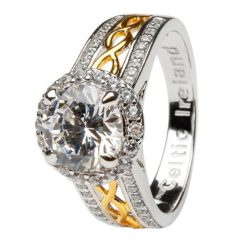