The unique design of this pendant features a shamrock that is decorated with Swarovski® crystals on two of the leaves, with the third being brilliantly plated in gold. Approximately 3/5 in x 3/4 in on an 18 in chain.

The shamrock is largely associated as one of the national symbols of Ireland, and the traditional green clover brings to mind the rolling hills of the Irish countryside. Simple in design, yet powerful in association, the shamrock is cherished by those of Irish descent around the world, and is found stylishly incorporated into decor and jewelry. Legend claims that St. Patrick himself used the shamrock during his efforts to spread Christianity to the island as well, noting that the three leaves of the clover represented God in three parts: Father, Son, and Holy Spirit.

This Gold Plated Shamrock Pendant encrusted with Swarovski crystals is a fashionable way to demonstrate the pride you have in your Celtic heritage. The shine and sparkle of the shamrock would look great when worn with a v-neck shirt or dress to frame the beautiful pendant. 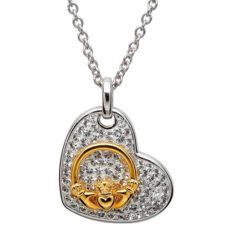 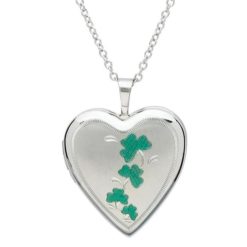 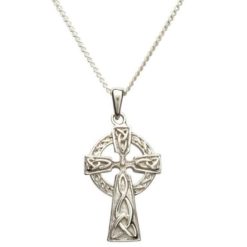 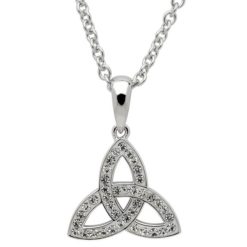