A captivating work of art, this meticulously crafted piece is adorned with historic Celtic symbols which make it an essential piece of Celtic tradition, yet a fashionable and alluring decoration for the radiant bride. The mesmerizing sparkling quality lends itself to the Pave setting of diamonds atop a luscious 14k white gold base.

Distinguished at the center of this piece lies the Celtic Claddagh, a symbol composed of two hands, a heart, and a crown which represent friendship, love, and loyalty, respectively. It is said that the Claddagh symbol has origins trailing as far back as the 17th century, crafted by a freed slave who used the symbol as a wedding ring for his sweetheart. A Claddagh symbol is said to represent marriage when the wearer has the heart pointed towards the wrist. A Celtic knot is a symbol which has no end and no beginning, representing our timeless nature and spirit. This paired with a Claddagh, can read as eternal love.

A bestower of the Claddagh presents a requisition of hands joining in faith and loyalty. Claddagh rings have been used as wedding and engagement rings since the Medieval and Renaissance eras of Europe, and as then they remain an adoring symbol of love and affection. Both the wearer and the giver have pledged vows for one another, and there is no better way to show it than with a symbol as sentimental and tender as a shimmering and precious Claddagh ring. 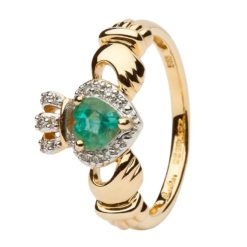 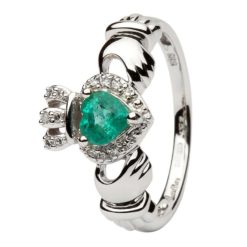 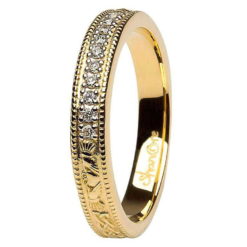 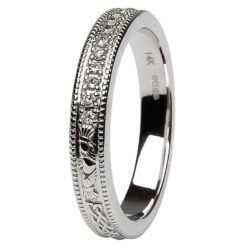 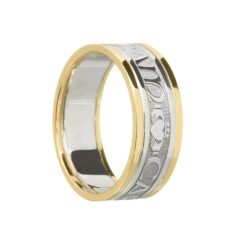 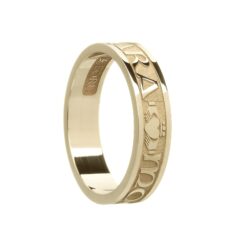 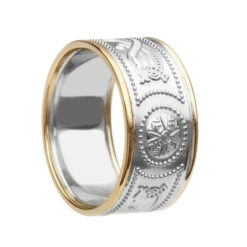 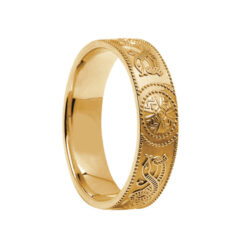