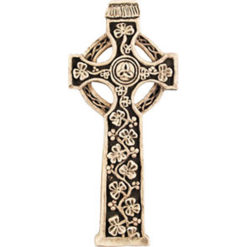 The original Killashandra cross is found in Co. Cavan, Ireland. The people of County Cavan have a saying:  There is a lake in the county for every day of the year.  The area around the small village of Killashandra is a pleasure ground for boating and anglers as well as pleasant walks.  The waterways were once the ‘highways’ along which the early Celtic settlers traveled.  The region was then densely forested.  Their fortifications and burial sights are scattered everywhere.  The cross has a triskel at the center which is a symbol of the Triune God, or the Trinity.  The cap on top represents the small thatched churches of the early Celtic people.  The shaft and arms are delightfully covered with shamrocks, the symbol of the Trinity and an everlasting symbol of Ireland itself. Your order is accompanied by a short history and the meaning behind the designs in this cross. 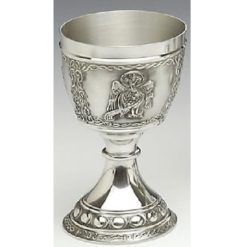 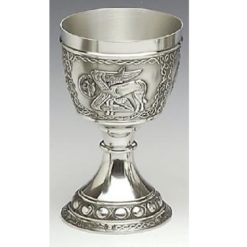 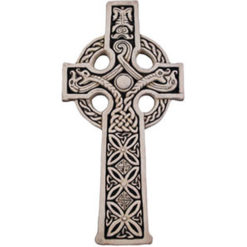 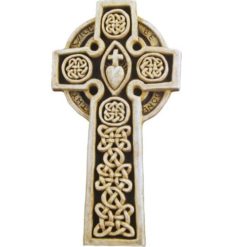 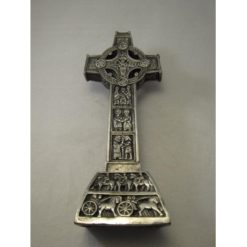