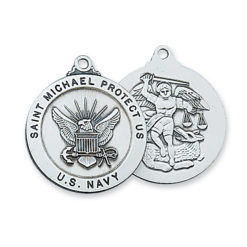 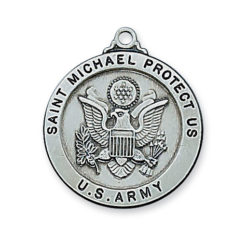 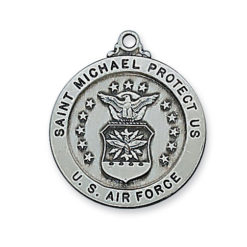 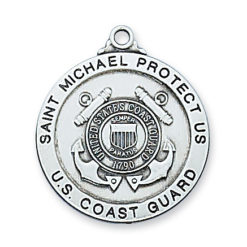 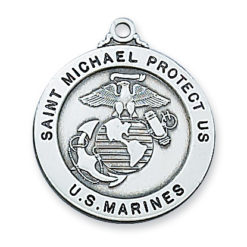 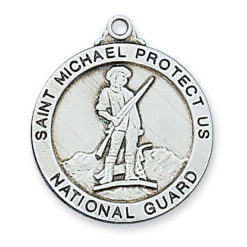 St. Michael is believed to be the patron saint of chivalry in Christianity and, in modern traditions, is also considered the patron saint of police officers, paramedics, and the military. The Catholic Church honors Michael as the angel carrying the souls of all the deceased to heaven, where they are weighed in his perfectly balanced scales (hence Michael is often depicted holding scales). §

Available in: US Army, US Navy, US Air Force, US Coast Guard, US National Guard, US Marines 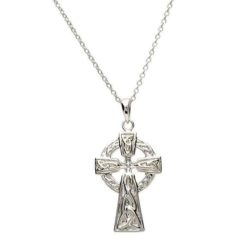 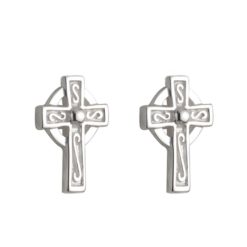 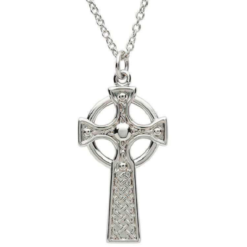 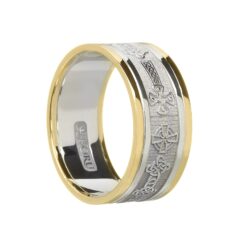 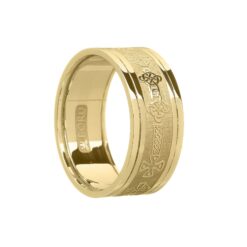