from Rural Ireland to International Icon

An Art form from Generations Past

At the turn of the 20th century,  Irish fishermen needed their clothes to be resilient against water, very warm, sturdy, and simple to repair. The winds and waves from the Atlantic Ocean make for challenging fishing conditions. They were constantly battling the harsh weather of the Aran Islands, off the coast of Galway and Clare.

For generations, the women on the Aran islands improved on the patterns of jumpers from the era and gave sweaters a unique Celtic touch.  Their goal was to make the sweaters both a work of art and functional for what their fishermen needed.

Irish women were the ones that began knitting the tight and intricate cable, trellis, diamond, and honeycomb stitches.

Over the lifetime of the Aran sweater, these stitches took on various significance and meanings. Some are based in myth or hearsay (note: any family-specific patterns have been debunked). Most take inspiration from Celtic designs and their original importance in Irish artwork.

Their Aran sweaters were the first ones knit with unwashed cream-colored, or báinín, wool yarn. The unwashed, unscoured wool retained its natural lanolin and other oils, making it water-repellant and resistant to the cold Atlantic waves.

From a Local Treasure to a World Icon

In the 1930s Dr. Muriel Gahan helped to open “The Country Store” – a brick and mortar hub in Dublin responsible for selling handcrafted goods from rural Irish artisans. She commissioned the first order of an Irish Aran Sweater for her store.

She later helmed organizations such as The Irish Homespun Society and the Irish Country Markets Ltd – each served an integral part of showcasing Irish goods to a wider audience.

Other major players included Patons, the company first to commercially produce Aran sweaters. And the company Standún from Spiddal, a manufacturer who first exported the sweaters to the United States in 1950. 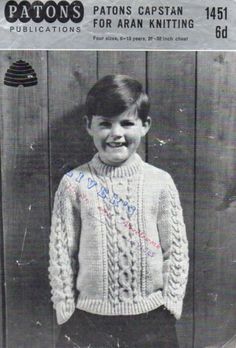 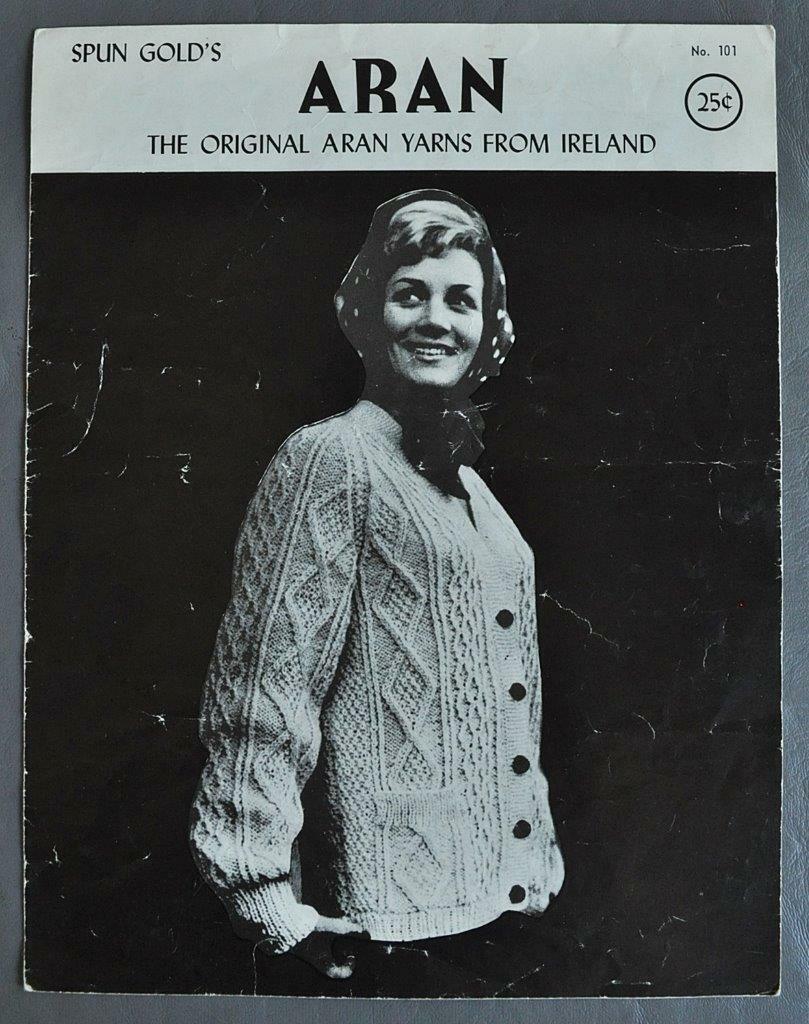 As Aran sweaters became available for purchase, the publication Vogue took notice of the intricate and masterful patterns. In 1957 Vogue published a knitting pattern for the Aran sweater.

This feature in the internationally published fashion monolith was a major achievement. Within a few short years, the Aran Sweater was suddenly everywhere.

Celebrities began to wear the signature cable and diamond knit patterns in magazines and film, bringing the Aran Sweater to icon status. Notable faces include Grace Kelly, Steve McQueen and the Clancy Brothers on the Ed Sullivan Show.

As we pass the turn of the 21st century, hand-loomed and machine loomed knitwear has changed the industry in a multitude of ways.

As fashions change, the traditional Aran stitches have stayed a major inspiration to designers envisioning new styles of sweaters. These are not your grandad’s sweaters… but they are certainly still steeped in the tradition of masterful Celtic craftsmanship. Take a close look at today’s sweaters with modern silhouettes, and you’ll still see the cables, diamonds, and trellises originally designed by your ancestors.

We carry a wide variety of knitwear. Our selection varies from traditional styles of the early 20th century to modern variations of the early 21st century.

There you have it: the remarkable true story of the Aran Sweater. If only the Irish tradeswomen of the Aran Islands could see the amazing way their art irrevocably transformed international fashion. The Aran sweater has come a long way from rural Irish knitting needles to an international legacy. §